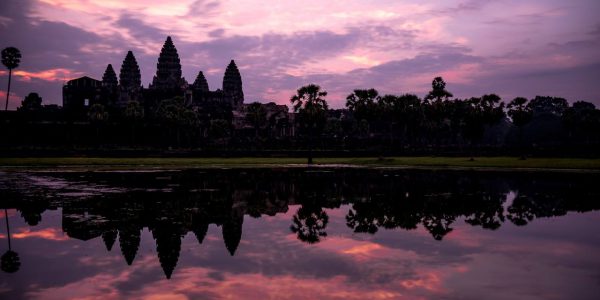 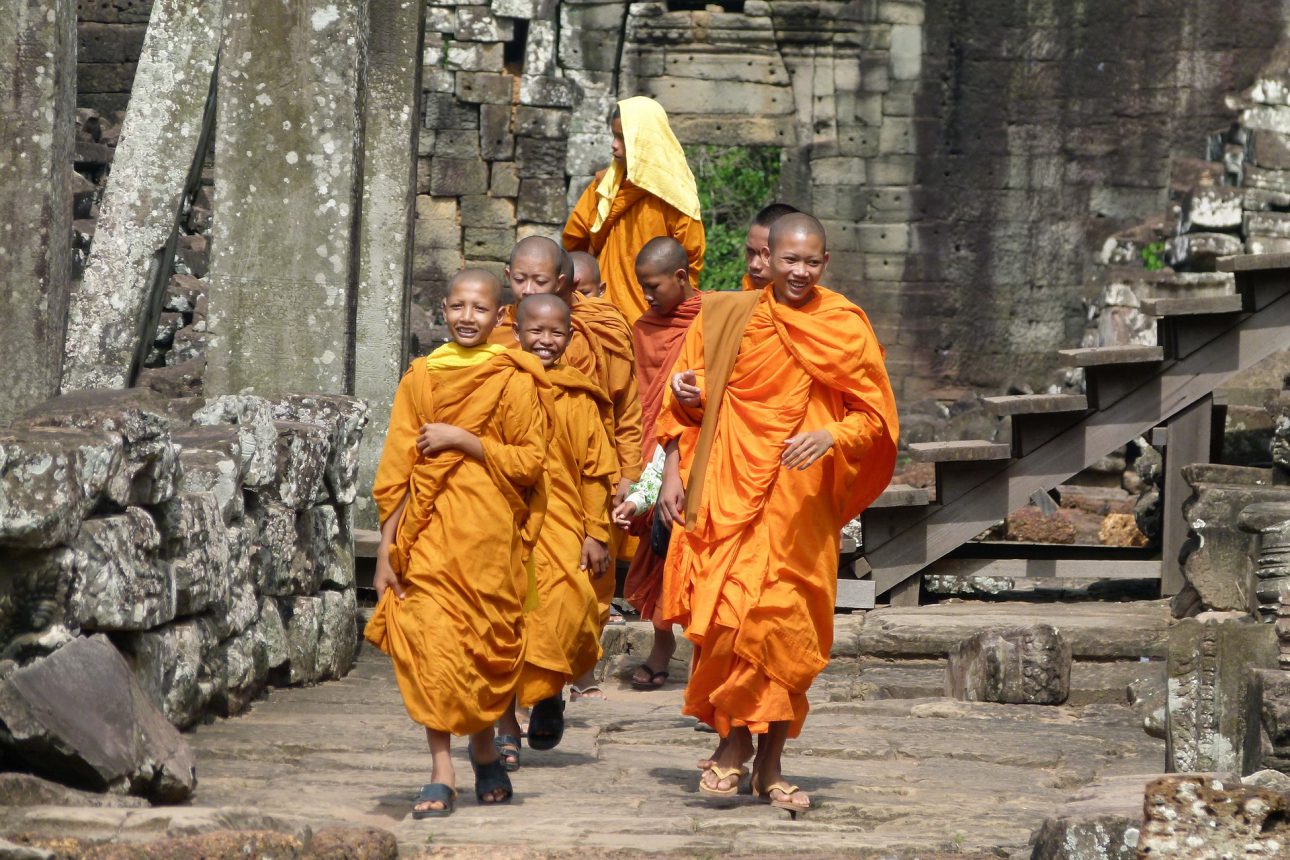 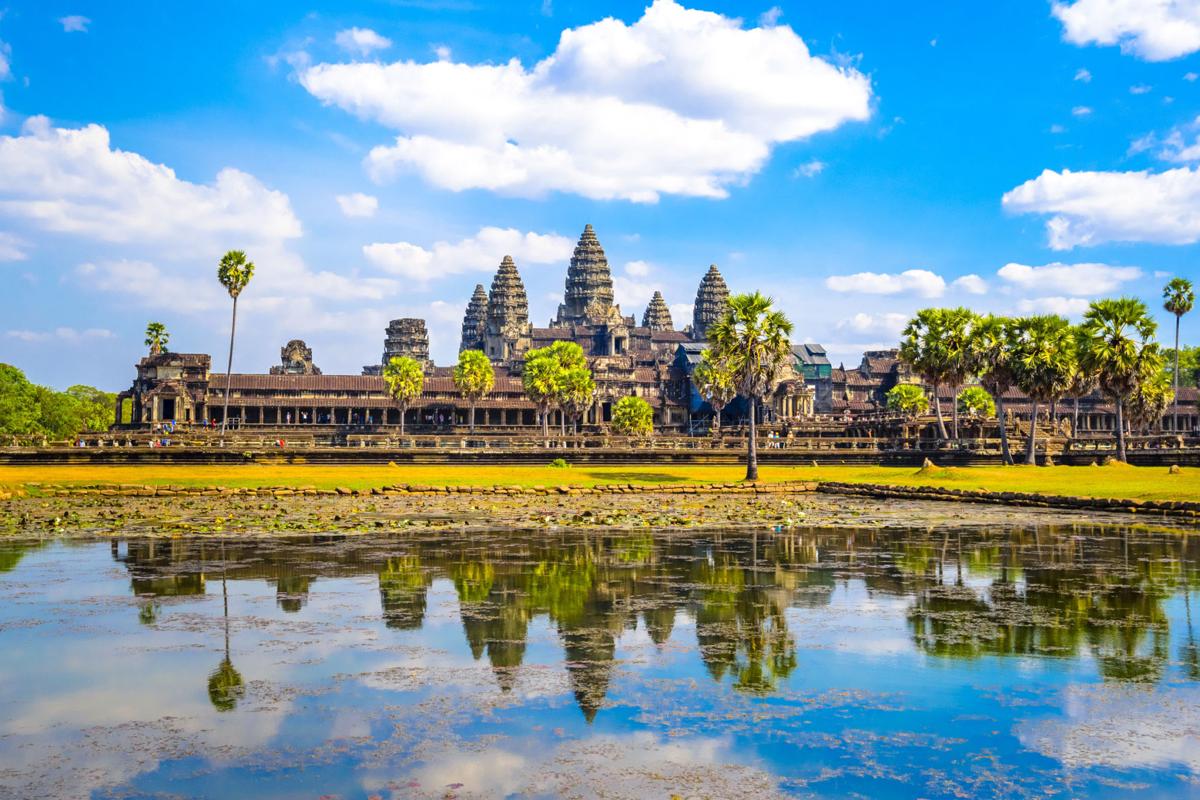 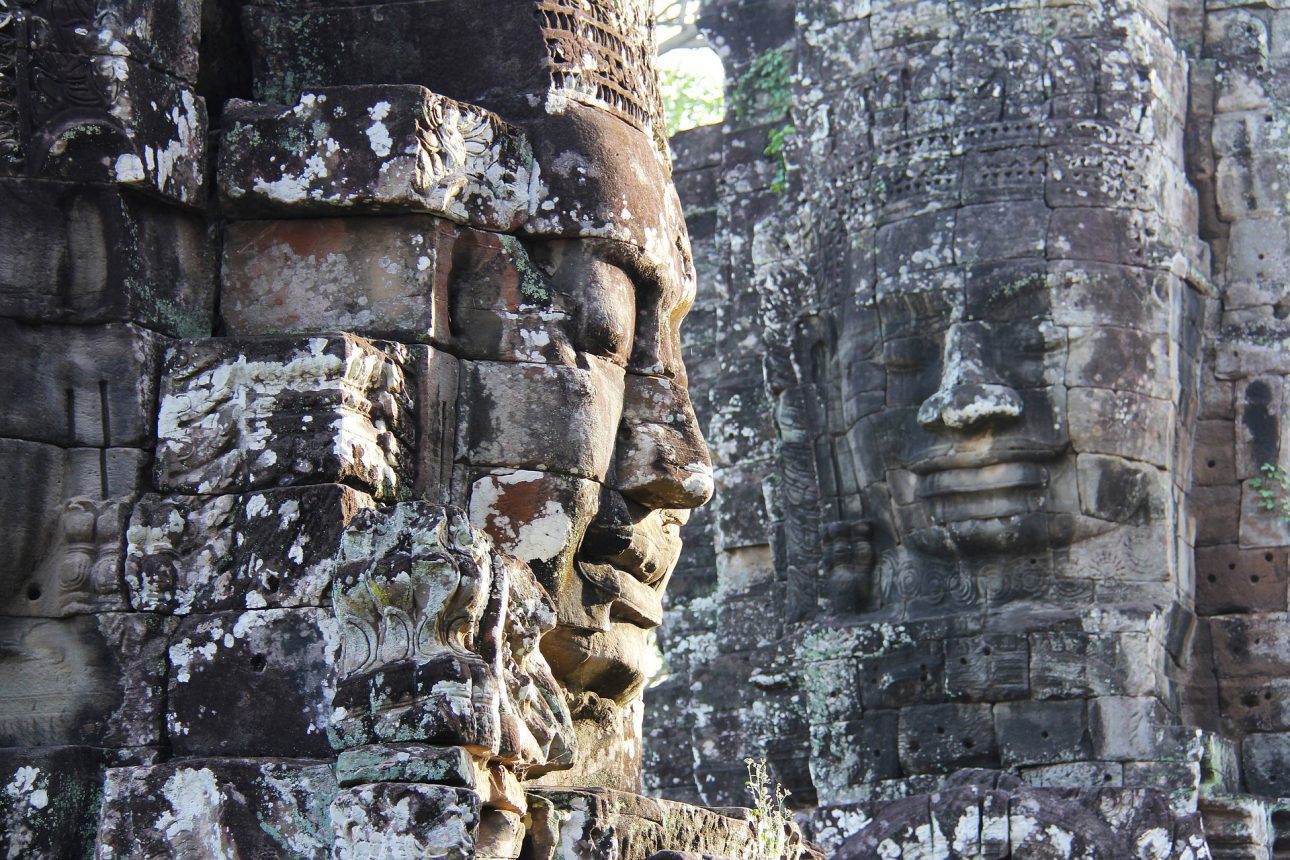 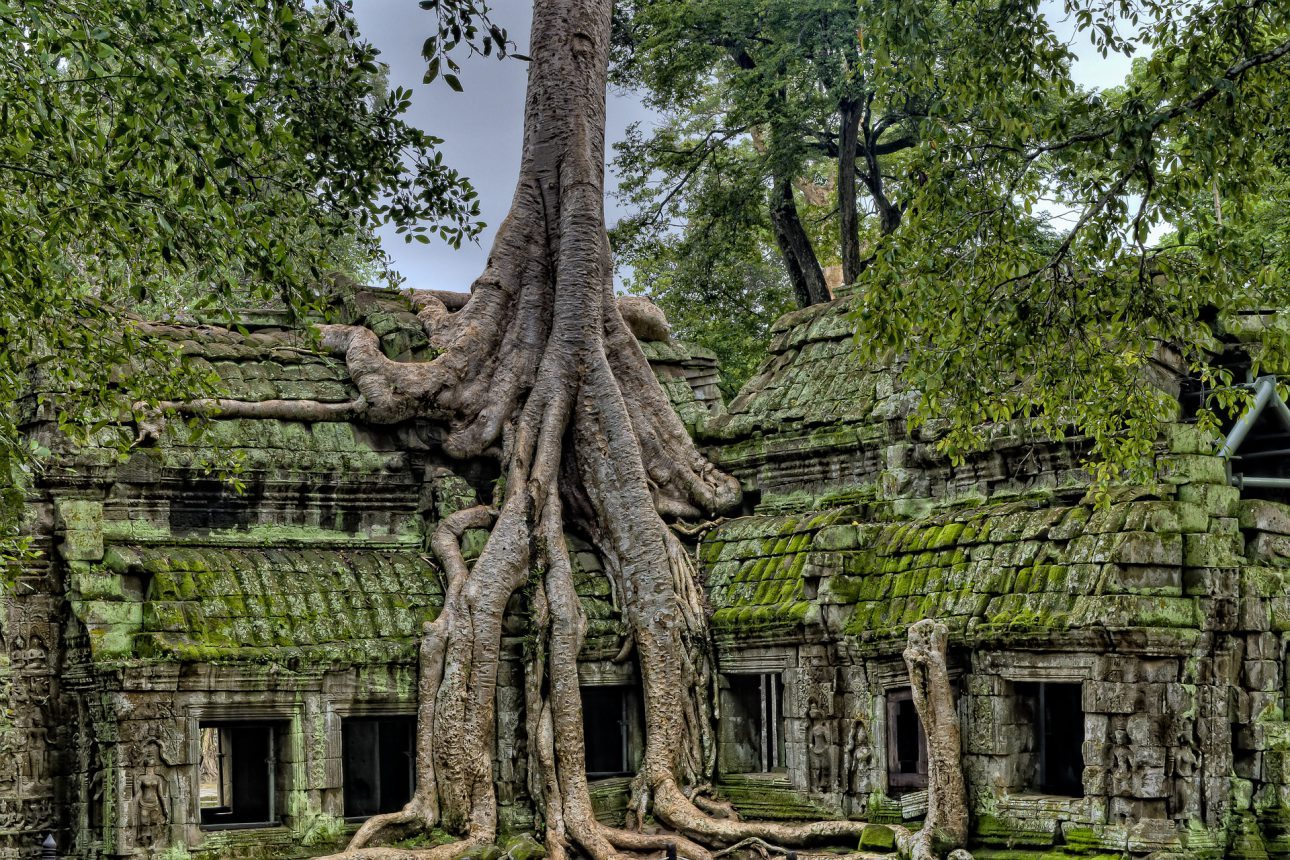 END_OF_DOCUMENT_TOKEN_TO_BE_REPLACED

Step back in time to the grandeur of the prosperous Khmer Empire in this guided tour. Spend entirely day exploring the most famous ancient temples and ruins in Small Circus of the Angkor Archaeological Park: the Angkor Thom, the Bayon, the Baphoun, the Ta Prohm and the Angkor Wat. Enjoy spectacular sunset over the jungle from the top of ancient Pre Rup temple. Witness the vibrant daily life of local communities on Tonlé Sap Lake. Our three-day Angkor Discovery Tour is a perfect option for travellers with limited time.

Step back in time to the grandeur of the prosperous Khmer Empire in this guided tour. Spend entirely day exploring the most famous ancient temples and ruins in Small Circus of the Angkor Archaeological Park: the Angkor Thom, the Bayon, the Baphoun, the Ta Prohm and the Angkor Wat. Enjoy spectacular sunset over the jungle from the top of ancient Pre Rup temple. Witness the vibrant daily life of local communities on Tonlé Sap Lake. Our three-day Angkor Discovery Tour is a perfect option for travellers with limited time.

Welcome to Siem Reap, the ancient capital of the Khmer Empire. Upon your arrival, meet with your local guide and transfer to your hotel for check in. The rest of the day is at your leisure.

Breakfast in hotel. Spend full day exploring the most fabled temples in the Small Circuit of Angkor Archaeological Park.

This morning explore the ancient city of Angkor Thom, the last capital of the Great Khmer Empire under the reign of Jayavarman VII in late 12th century. Angkor Thom is an almost square city surrounded by a stonewall, 8m high and 12 kilometers long, with five entrance gates (two in the east wall). Each gate is carved with four giant faces and is flanked by 54 gods on the left and 54 demons on the right of its causeway.

Continue to the Bayon Temple, the centerpiece of Angkor Thom complex. The structure encompasses 54 towers that are decorated with 216 smiling stone faces. Next proceed to the Baphuon Temple nearby. The 11th century pyramid–style temple was probably among the most impressive of the Angkor temples in its day. Climb steep stairs to the upper terrace of the temple and enjoy great views from there. Follow by a visit to the Terrace of the Elephants and the Terrace of the Leper King, both known for their intricate bas-reliefs.

Next take a short drive to one of the most picturesque Angkor temples, Ta Prohm. Built in the mid 12th to early 13th centuries during the reign of Jayavarman VII, Ta Prohm is unique in that it remains largely overgrown by jungle.

After lunch, have a short break before heading to the magnificent Angkor Wat, the world’s largest religious monument. The architectural masterpiece was built in the 12th century, took 30 years to complete and represents the Khmer civilization at it grandest. Crowned by five towers, with elaborate bas-reliefs and a profusion of statues, Angkor Wat is enthralling. The temple is the national symbol of Cambodia and proudly appears on the country’s flag.

End this day with magnificent sunset view from the top of the Pre Rup temple.

After breakfast, drive past expansive rice fields and through local villages to the Tonlé Sap Lake. Take a relaxing boat trip along a canal that lead to the largest freshwater lake in Southeast Asia. Visit a floating fishing village and observe the vibrant daily life of the locals.

Our last visit today is the Angkor Silk Farm, where you can witness the entire process of silk creation from the breeding process and life cycle of the silkworm to the spinning of the silk, the dying process and the creation of beautiful silk weavings on wooden hand looms.

Stop for lunch at a local restaurant then transfer to the airport for your onward flight.

Hotels are subject to availability. In case any above hotel is not available, another similar hotel will be used.

Child under 2, without extra bed: Free of charge

Child 12 and above: To be charged as adult

A maximum of two children under 12 can share room with two adults. The second child is required to book extra bed. Some hotels might restrict one child per room. We will inform you at the time of booking.

Booking is made less than 30 days prior to cruise date: 100% of total value is required upon confirmation.

Payment method: by bank transfer or by credit card. Client/remitting party must cover their own bank charges. Credit card payment incurs a merchant service fee of 2% for Visa, Mastercard and 3% for American Express, in addition to the total amount payable.

Booking will be cancelled if payments are not received on due date(s).

Cancellations or amendments must be informed in writing. E-mail cancellation or booking amendments are only effective once re-confirmed by FantaSea Travel. We strongly recommend to advice passenger to purchase travel insurance to cover cancellation cost if any. We do not cover any costs related to passengers’ travelling risk. Should you have to cancel or amend, the following terms will apply:

Certain special offers may be non-refundable/non-amendable. These will be advised to you at the time of booking. Refund can take up to 45 days after cancellation date.

For all new bookings made from 1 January 2021, we grant free cancellation up to 7 days prior to arrival (thereafter 100% charge) if the reason for cancellation is related to COVID-19 such as the following:

+ Guests suspected or confirmed to carry the virus

+ Guests being denied to board an airplane

+ Border closures in Vietnam, in a neighboring country for tour bookings or in the guests’ country of residence

In such circumstances, FantaSea Travel will allow you to change the dates of your tour or offer you a credit for another tour. This policy is only valid if the ability to travel is beyond the control of the guest. Guests are required to provide reasonable documentation confirming that their inability to travel is due to COVID-19 related matters. The final decision to waive cancellation charges lies entirely with FantaSea Travel at all times.

For cancellations or booking modifications due to reasons not related to COVID-19 our standard policies as stipulated in this offer apply.